So after wrapping up the camp with the sprint guys it was time for some rest. This meant going to the beach, hanging out in Tartu and watching a rollerski race in Marit's home town of Voru. If I am here again I would like to compete myself, but it is fun once in a while to watch an event. I also got a really cool experience--I got to do a strength training workout with the Estonian National A-team. The coach had us doing a series of sets that progressed through endurance to power to maximum strength. Training next to 2-time Olympic and multiple-time World Champ Andrus Veerpalu was an experience I won't forget. Anyway, right now I am in Joulumae, Southern Estonia in a camp with Tartu Ski Club--Henri's club. Here are some pictures from my rest week: 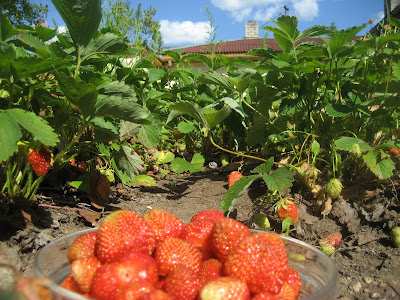 Strawberries from our backyard garden 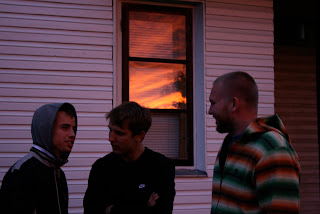 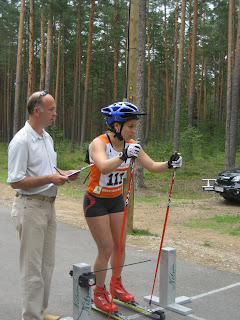 Here is Marit starting the 2.5km prologue. Both the prologue and the heats were pretty much flat. 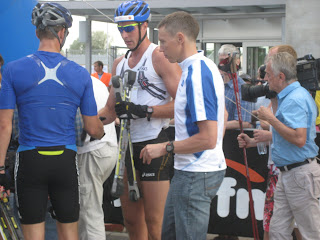 Here is Kein after his victory. After his lunge for the finish, he went down on the asphalt going about 35 km/h losing some skin.
Here is a pretty bad video I took of one of the heats. The guy leading in the grey shirt is Olympic silver medalist this year in the sprint. Alexander Panzhinskiy. 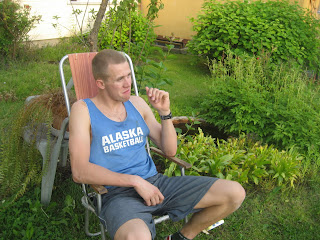 Vahur satisfied after a day of work in on his appartment in Otepaa. I helped cut and sand some Gip-rock this day--that is about where my expertise stopped. 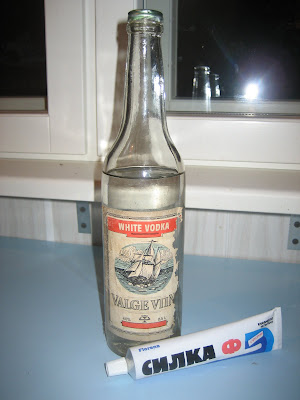 Some old things around our house. "White Vodka" and "Silka" toothpaste from the Soviet Era. 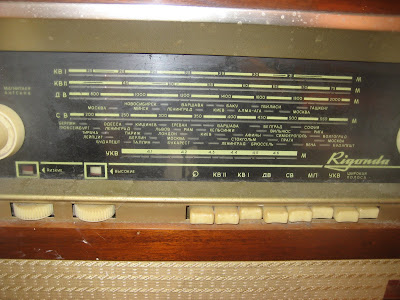 Here is a record player/radio from the 60's. If you click on the image, you see that the channels for all the major Soviet Cities are listed on the front of the machine. There is Kiev, Moscow, Sophia, Tallinn, Berlin and even Tehran among others.
Posted by johnparry88 at 6:12 AM