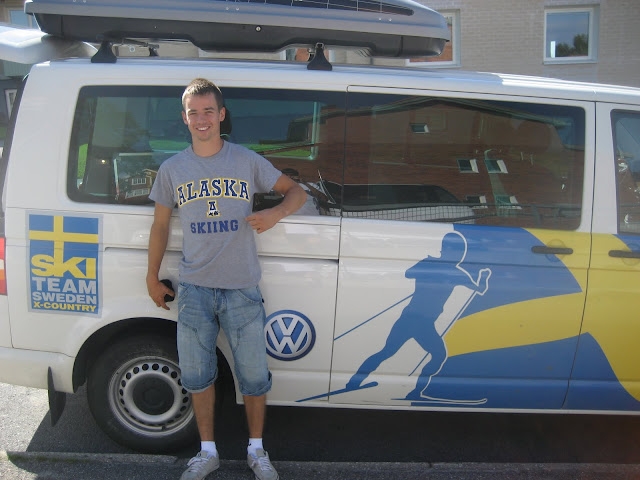 One of the Swedish National Team Buses we rode out to running race in.
I am now on the ferry from Stockholm to Tallinn heading home after spending a week in Oestersund with Erik. We had a great week of training with a high focus on rollerskiing and strength. We also did two intervals sessions and one of the days trained “a full hand”-a Swedish expression for 5 hours training day. For the 6 days of training, we had up around 24 hours or quality training. Met a few of Erik’s old teammates and trained a few times Calla and Tiio who have both started World Cups for Sweden.
It is quite special to train for skiing in Sweden as the sport is engrained into the nation’s identity. Rollerskiing on narrow roads was never a problem as drivers are very considerate- I even got a few “thumbs-up” from drivers which was quite different from my experiences rollerskiing in North America. Out skiing I ran into Mats Larson, Mathias Fredrikson, Anders Soedergren, Marcus Hellner and more who I can’t remember right now. 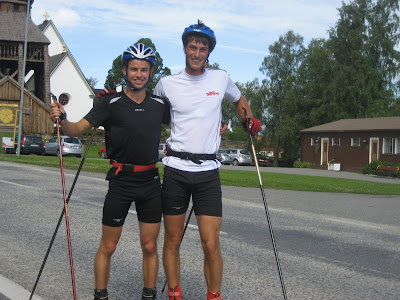 After our final interval session to wrap up our “camp” we packed up and headed to Norway to meet up with a friend from Fairbanks to do some fishing. Stian showed us some hardcore Norwegian weather and we fished in the rain until 2am. It was a scenic hike in to the remote lake-or so I thought until we ran into a few herds of sheep. Erik and Stian explained to me that in Norway, the livestock are totally free-range meaning they roam around the mountains for the entire summer before the farmers collect them in the fall-I still have no idea how they would go about finding them all. 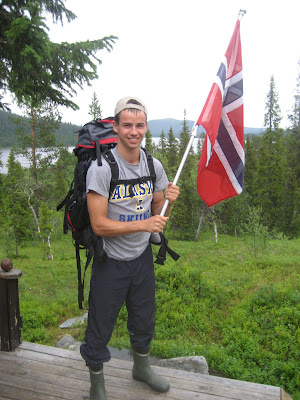 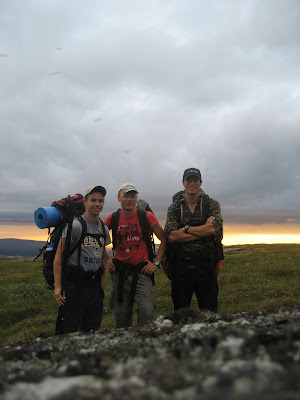 Hiking into Stian's cabin in Norway
For good news, my knee is feeling much better allowing me to run again. Now a recovery week with some relaxing in Tartu before I start the last cycle of the summer. Here are some more pictures: 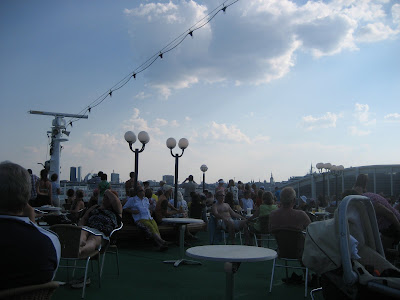 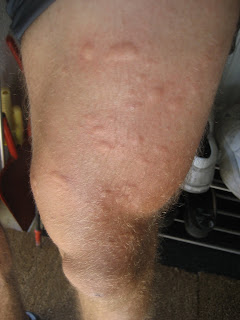 A weird allergic reaction I got from some grass/tree running in the forest near Erik's place. Kind of itchy 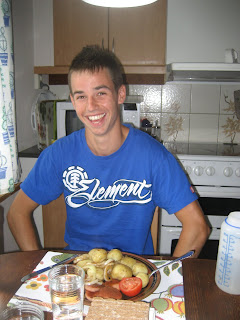 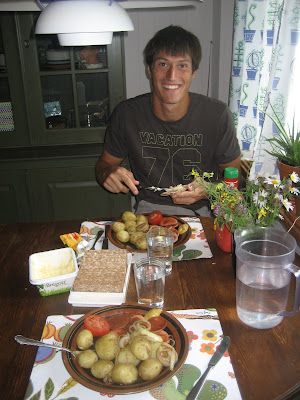 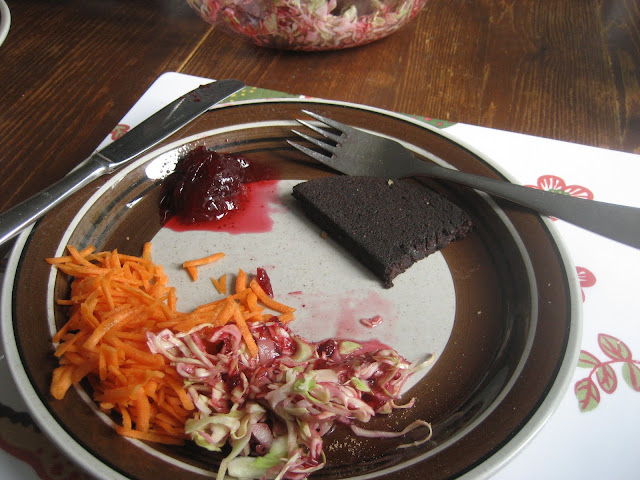 Eating. That was a big part of the week. Probably putting back around 5000kcal a day. Directly above is Swedish blood-pudding. Not a fan, but I finished my piece. Everything else I tried though was great. 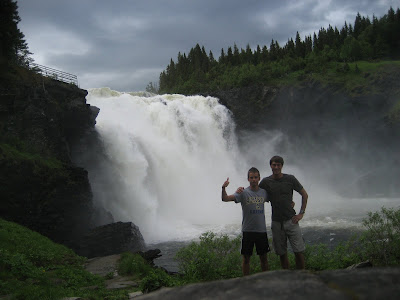 Sweden's biggest waterfall on the way to Norway 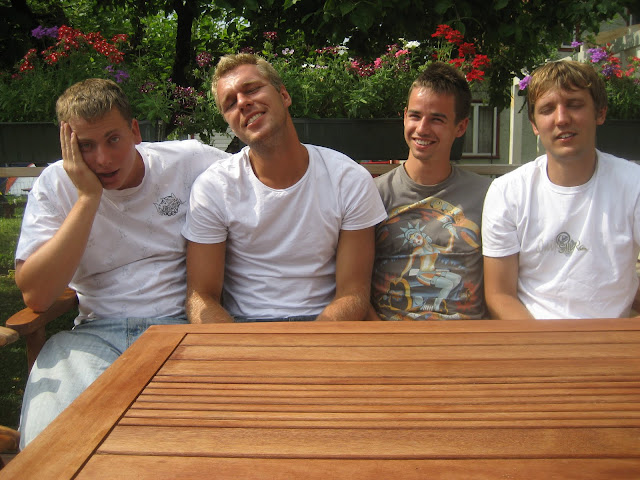 Viljandi Folk Festival this Weekend!
Posted by johnparry88 at 9:57 AM